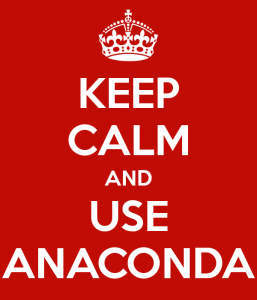 I recently had some issues with NumPy, SciPy and Python versions. There is a great Python distribution for data processing
and analytics which saved me much time and headache, Anaconda.

The most appealing features of Anaconda for me include:

If you are getting the error “launch failed. binary not found” when trying to run C++ code in CDT on Mac OS X you need to:

Sometimes the outcome of an experiment is a very unexpected result for the researcher. This happens often in running imperial results on economic theories. Peter Kennedy lists the source of such problems and examples in his paper, “Oh No! I Got the Wrong Sign! What Should I Do?” by Peter Kennedy. Here is a summary of the most important things that a researcher should look for when running an experiment.

I have to reiterate the quote that peter brought in his paper from Thaler’s (2000, 139) remark that “Some economists seem to feel that data-driven theory is, somehow, unscientific. Of course, just the opposite is true.”

Hoover (1995, 243) “ . . . data mining is misunderstood, and once it is properly understood, it is seen to be no sin at all.” Needless to say that the experiment design and researcher’s approach in arriving at a conclusion play a key role in making statistical analysis and data mining methods a useless endeavor or a powerful tool.

I recently used coursera downloader. I highly recommend the tool if you need to download resources from Coursea or other websites.

today was the registration date for Google IO 2013. A highly popular event that was sold out in about 40 minutes. I was at Google IO 2009. It was a great event with several exceptional talks and a great DJ in the after hour party :)))

Be hold, the most ground breaking results in data mining is finally revealed! Today, I finally got the results of a decision tree that I was making for classification on a dataset and the results were amazing! After using a data set of many samples (let’s say 175738 observations) and many variables (let’s say 69) and having the code running for the past four days the incredible decision tree tells me that only one variable was used and that was the SYMBOL in the dataset!! Assume you have thousands of samples from cow, sheep, horse, mouse, and dog and the task is building a model for classification of proteins. Then your model tells you that it is ignoring all the variables but the name of these animals (this would be SYMBOL variable in my dataset)! how amazing :)) It is funnier to see that in the comments I wrote “the SYMBOL variable should probably be removed” :)))

Raspberry Pi is a compony focusing on inexpensive and tiny computers. A creditcard-sized computer with 2 USB, HDMI, ethernet and Sd ports. All of these and a price tag of $35 is not the most exciting things that Raspberry Pi offers. It includes some general purpose IO pins which enables developers and inventors to use this powerful and tiny computing power in different robots, machines, devices.